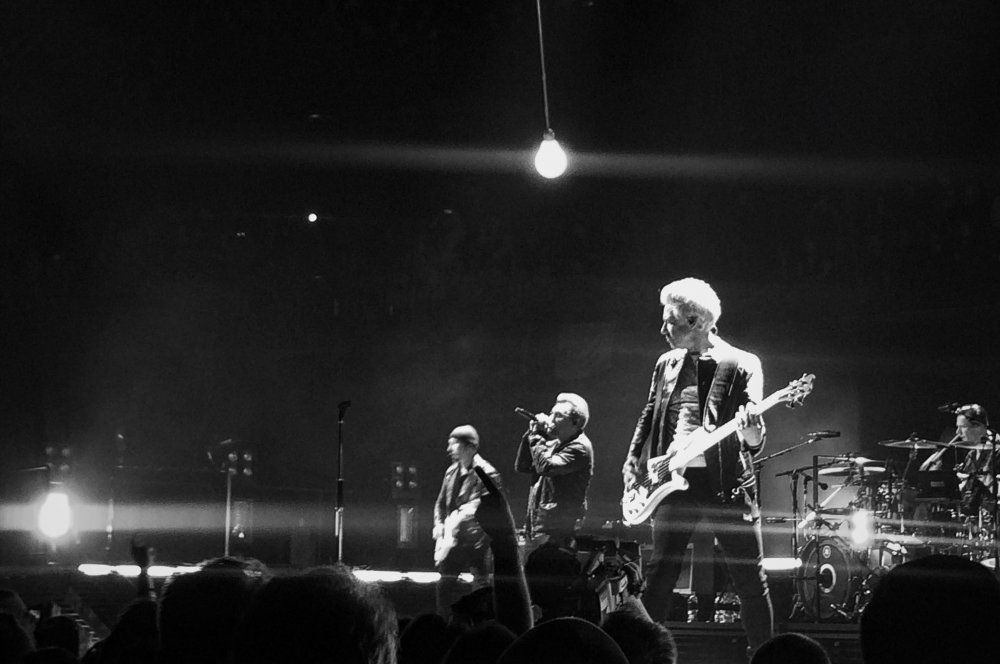 I don’t do heroes, but when it comes to a band like U2 it’s hard not to. This week I was lucky enough to attend my fourth tour, including my sixth and seventh concert, of the four most awesome Irish lads.

I may be biased, but believe me when I say that these two nights were beyond epic. The first time I got to see them live was back in 2001 (Elevation tour), also at Sportpaleis in Antwerp. The tours that followed were stadium tours and I’m not lying here: I was happy when they eventually decided to return to playing indoor arenas. The atmosphere is much more intimate and while I love a full-on, high-end show like the ones part of the 360° tour, nothing beats a smaller setting.

Many people dislike Bono when he plays the part of human activist, but hey, that’s what U2 is also about. Do I worship the man? Hell no, but damn, he and his bandmates still rock the house and I have the evidence sitting and talking right next to me. My husband is by far the definition of a U2 fan. Still, every concert, they manage to convince him even more. By the end of the first night there was some regret that he wouldn’t be joining me on the second night. By Thursday morning he was already talking about flying to Dublin for a concert on their next tour.

The tour is now heading into its final weeks in Europe and if you have the chance to attend one of the shows in Germany, the UK or Ireland, I’m pretty sure you’ll love every minute of it.

We were lucky enough to score GA tickets for the first night and although arriving past 7pm, we still managed to get up close and enjoy the best view of the catwalk.

I won tickets for night two via a Spotify contest and when picking up my tickets at the ‘Friends & Family’ desk (I still have to pinch myself on that one) I was happy to find two (RED) zone wristbands in my package. The sound was slightly better in that area and we were lucky to have Bono come to our side (North) twice while Adam joined us for half the show. Would I pay for it myself? Not sure. Maybe if I had the cash since you’re bound to have a good spot no matter what time you arrive at the venue.
Still, whether you’ll shell out $30 or $300, it’s all about the U2 eXPERIENCE. And that, folks, is just priceless.