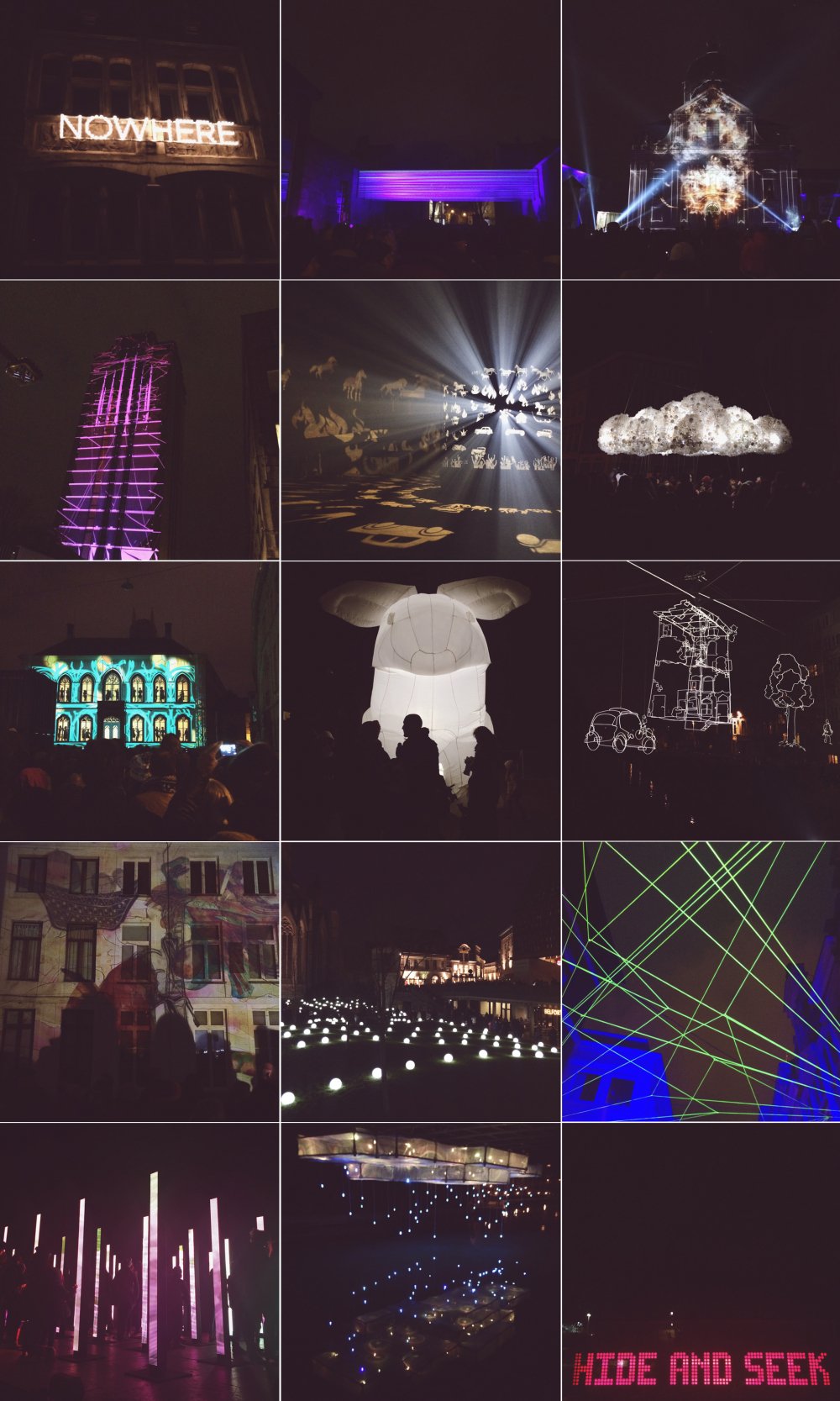 Last night we drove up to Ghent for the third edition of the Ghent Light Festival. The second edition already dates back to 2012, so I was pretty psyched about this third edition. And boy, it did not disappoint.

I was in doubt about whether or not to take the big guns with me but decided to stick with my iPhone for the night. It was a wise decision as the crowds were huge and it allowed me to take in the festival itself even more. Plus, I would have been in need for a tripod for most of the installations and I wasn’t too keen on taking a tripod with me for a five kilometre walk.
As I said, Ghent got really crowded at some point but that didn’t stop me from enjoying every minute of our evening long walk. I loved the shadowspinner at the Wintercircus and the video production on the Sint-Pieters square. Of course the huge, radiant white rabbits were another favourite of mine.
I must applaud the organisation for making the route one-way although they should have marked that along the route so the police wouldn’t have been so busy keeping people from walking the opposite way.
There were food stalls around the route as well, so if you decide to visit the festival tonight, you won’t get hungry or thirsty!
That said, tonight’s the last night of the Ghent Light Festival, so if you have no plans and want to conquer that Sunday evening blues, I’d suggest you take in the lights in Ghent.

all photos by Kelly Steenlandt